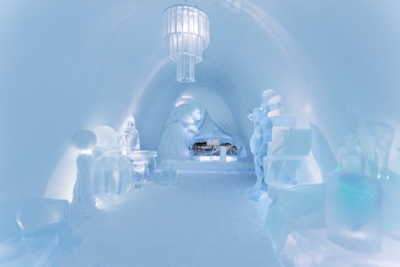 Check In To Sweden's ICEHOTEL

For A Really Cool Experience 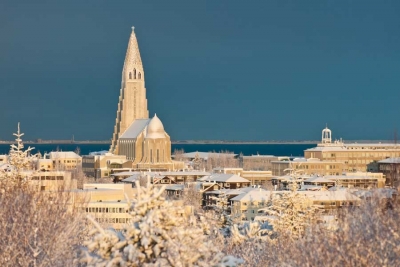 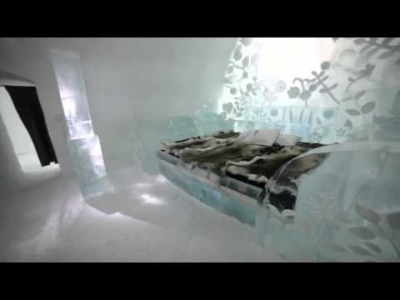 Can you imagine staying in an ice hotel? Arctic adventure tourists, we found a chilly new activity to add to your bucklist. At first it doesn't sound logical, but here's a novel hotel experience that will appeal to those adventurous types or those wanting to maximize a winter nordic travel experience.  This frosty video of the world's first ice hotel in Scandinavia, the ICEHOTEL Sweden, caught our eyes and lured us into the magic of its icy chambers with its eye-popping photos of suites made of columns of ice and packed snow decorated with sculpted ice art and beds made of ice blocks covered with reindeer pelts.  Packed snow, ice chandeliers and ice boulders decorate the reception area.  It's actually so fascinating that despite our warm-blooded nature, we'd really consider a unique experience like this. 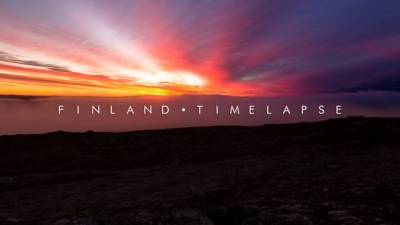 Stunning video of the beauty of Finland, photographed in timelapse format.  It's 4 minutes of the extraordinary Finnish landscape - mountains, rivers, sunsets, starry night skies, and the northern lights.  The videographer very eloquently describes his experience below.

Comments from Riku Karjalainen:  Today I'm privileged to share with you the Finland I got to experience. I've witnessed the diversity and immense beauty of this land from the very north all the way to the southern parts, yet every time I set off I'm in awe. Finland never ceases to amaze me, and so, I’m truly honored and blessed to call this country my home. 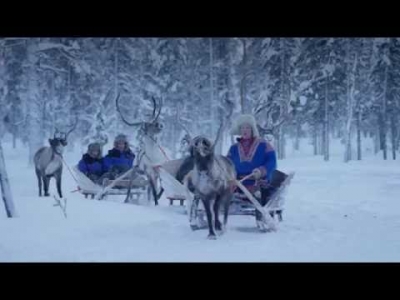 Tired of the summer heat?  Are you ready to cool off?  Then immerse yourself in this amazing video of the Kakslauttanen Arctic Resort in Finland.  Imagine staying in a glass igloo where you can look up and watch the northern lights at night, or staying in a cozy log cabin with a glass room to lounge in and watch the stars.  Enjoy getting away from it all in this wilderness setting.  Maybe a dog sled or reindeer ride is on your list.  If you like playing in the snow, you can go sledding, skiing, snowboarding or take a ride on a snow mobile.  When you want to warm up, relax in their sauna.  And don't miss Santa's Home.  The resort is also a popular wedding and honeymoon destination and offers special packages for such occasions. 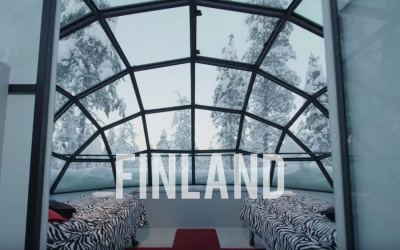 This is an absolutely beautiful tour of a most amazing Kakslauttanen Arctic Resort in Finland.  This is the second of two videos of the resort.  We wanted to include this one as well as it takes you on an aerial tour of the resort, its beautiful lodging and fun activities.  We find this resort to be so unique and special.  Imagine staying in a glass igloo and viewing the incredible nature around you, especially the northern lights.  The descriptive banners in this one are very helpful, and the musical score is very uplifting and perfect for the video.  Both this and the other Kakslauttanen resort video on our site are a must-see. 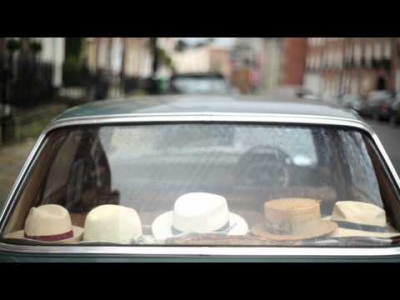 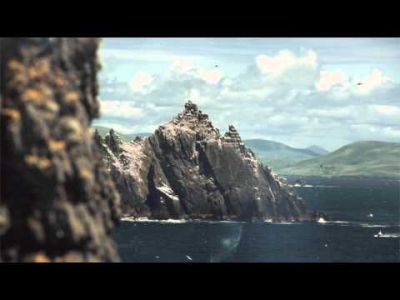 Star Wars The Force Awakens Exclusive: Behind the Scenes with JJ Abrams in Ireland