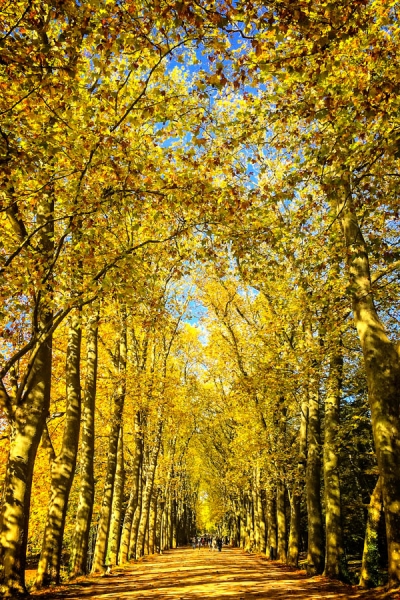 Oh how we love to explore France as the season changes to bring fall colors and autumn joy and Chenonceaux France is one destination to consider.  We have found 12 reasons why you should plan a road trip to visit the French countryside as nature paints a pallette of beautiful colors against incredible architecture and so much more. Our contributor Kelly shares her experiences and images from her twelve day tour of France itinerary. So breathe in the crisp air of fall, bundle up and let's find out what a tour of Chenonceaux can offer a wanderlust traveler. 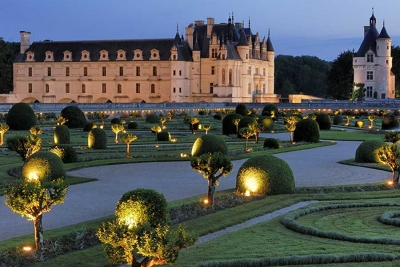 What 12-day trip in France will bring you the best in French culture, food and scenery?  This itinerary by two of our someday trippers will give you a start on a perfect trip through France.   The tour itinerary starts with 2 days in Paris, then Chenonceaux for 2 days, then 3 days in Bordeaux, and finally 5 days in Nice with day trips to Monaco and more. The journey started on October 24, 2016 with all the details summarized here and then captured live daily in new articles with all the full details of this once-in-a-lifetime adventure through France.  Planes, trains and automobiles set this couple on a journey they will never forget.  Let's follow Kelly and Charles as they explore France. 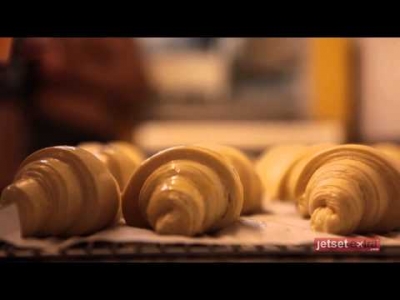 Inside a Paris Bakery

If you've ever wanted to see what goes on behind the scenes in a French bakery, you'll enjoy this creatively done video of a master baker at work.  You may wonder why the black and white footage in the beginning, but hang in there, the color soon warms up as the croissants are gently brushed with melted butter.  You will see the baker masterfully creating delicious looking baguettes and croissants.  The video will have you dreaming of croissants, and if you're on your way to Paris, you will find plenty of bakeries with fresh baked croissants, among other mouth watering pastry delights, displayed in their window. 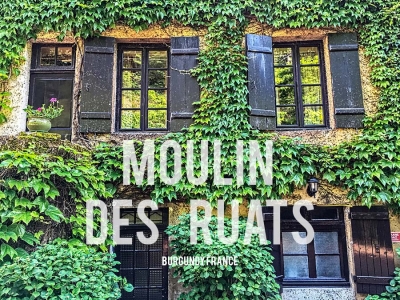 On our recent road trip from Paris to Switzerland, we stayed a night at the quaint and charming Hotel Moulin des Ruats located in the heart of nature in the Burgundy region of France. As we passed through the town of Avallon on our way to the hotel, we were not sure if we were on the correct road as it was a narrow winding road along a river in the forest. We wondered whether our navigation system was leading us in the right direction. But we pressed on a little further and voila! Tucked away in the woods was the entrance to Moulin des Ruats. 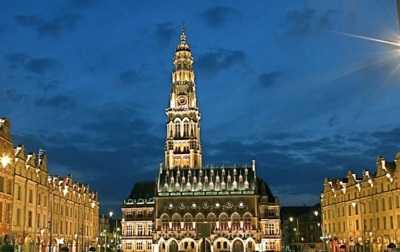 Travel to Arras and explore the history of the Great World War and the beautiful French countryside with a strong Flemish influence.  It is an area in France where beer trumps wine and rows upon rows of crosses are a constant reminder of the many lives lost during World War I. Are there 100 reasons to visit Arras?  Yes, it has been 100 years since battles were fought here in World War I.  We think that many years equals 100 good reasons to pay some respect and learn some history about the area.

Food and Wine in Chablis France 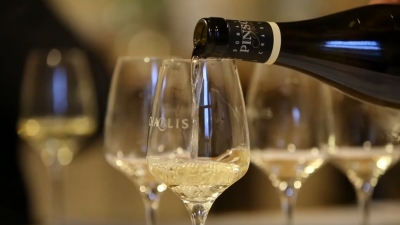 Are you hungry?  If not, then you probably will be once you watch this video that will certainly cause your mouth to water and your senses to pique as you watch this sensory overload of rustic French food being prepared in kitchens in the small village of Chablis, France.  The sight of savory steaming stews and wine swirling in a glass, and fields of grapes will have you dreaming about French food and wine.  The music sets just the right mood while you're transfixed by the sight of all the delicious looking dishes being prepared.  You'll be looking for your French cookbook, or you can try Saveur's French Country Cooking recipes if you're ready to experiment in the art of French cooking. 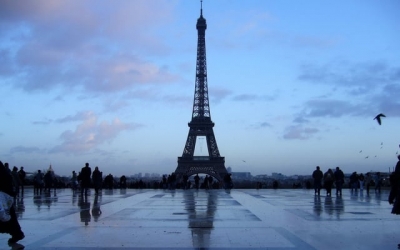 Visit Paris, the City of Light, in this creative fast-paced hyper-lapse video that will whisk you through the city at light speed.  You will catch a glimpse of the main tourist sites in Paris, like the Eiffel Tower, the Louvre, L'Arc de Triomphe, Notre Dame, just to name a few.  However you may find yourself out of breath and holding onto your seat as the camera zips you through, underneath and around all the sites.  The creative use of sound effects makes the video even more interesting.  If Paris is on your someday trip list, hang on to your seat for this fast 2-minute ride. 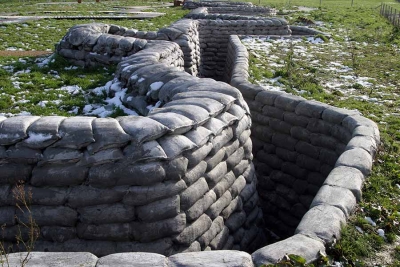 Why do we travel?  Sometimes it is just to relax on a beach or explore a new culture. Then there are those trips that you take to explore a time in history or follow steps of historical events.  In the spring of 2016 we will embark on a journey to pay tribute to the fallen during World War I and capture the dedication of new memorials by a Canadian regiment.  The Governor General's Horse Guards will be dedicating a new memorial for the 4th Canadian Mounted Rifles (their regiment during the war) for the battle of Somme. They will also dedicate a Governor General's Horse Guard memorial for Mount Sorrel.  SomedayTrips (Stulaine Studios) will be capturing the dedications and the journey through France and Belgium for the Regiment.

The Great War (World War I) lasted 4 years and took many lives in its wake.  This was of course followed years later by another great war.  Much of the Great War was fought in France and Belgium with many landmarks and memorials today to remember those that had fought and lost their lives.  Follow us during our trip across the countryside of France and Belgium to commemorate the 100-year anniversary of the Great War. You can find out more about the trip and travel plans here.  We have also included a map of our intinerary below for those that would like to plan a similar trip to see the history, cemeteries, and military monuments remembering the wars.  Each location pin has a link to further information on the planned trip stop.

The road trip will include a stop in Arras France for two evenings to explore some of the most famous battlefields, the Canadian Vimy memorial and the underground tunnels of Arras.  More information on Arras and a documentary short video on the history of the tunnels system is captured in our 100 reasons to visit Arras travel video article.

We will be updating this post in the coming weeks so stay tuned for more information. 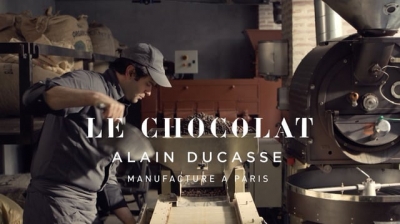 Fascinating video of the step-by-step process of chocolate creation, from cocoa beans to delicate chocolate candies.  You'll be reaching for the nearest chocolate bar after watching this.

From Simon Penochet:  Built from an old Renault Garage in the center of Paris, near Place de la Bastille, Alain Ducasse's new chocolate factory was created with the willingness to get back to the roots of chocolate making: a careful, slow and patient work, craftsmanship and machines being as one. This short film gives us a vision of chocolate like we never see it, rough and sensual at the same time. 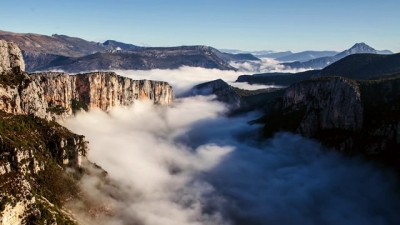 With strength, confidence and no fear, these women scale sheer rock cliffs in the Verdon Gorge, located in southeastern France.  Aside from their incredible rock climbing skills, the scenery is gorgeous.

More from Eddie Bauer on this video:  In this transportive Cheyne Lempe video, Eddie Bauer free climbers Katie Lambert and Caroline George climb with pride in the visually stunning Verdon Gorge of southern France, where classily run-out, sandbagged and delicate routes recall an earlier pioneering era of airy sport climbing. The trip involved high-grade free climbing on Surveiller et Punir and Pichenibule that Lambert had envisioned since her early training days in the American deep south and one that forced Caroline George to face her alpinist’s fear of falling on the atmospheric rock routes that made the towering cliffs famous in international climbing circles. Put the headphones on and enjoy.