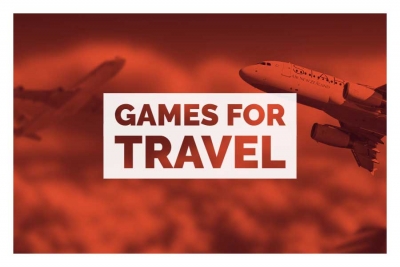 Mobile games can are a great ways to make air travel and days at sea just cruise by.  We decided to pick a few games that you should consider loading on your phone or ipad before your next trip.

A great new game released by Dig-iT! Games on the App store  has you wondering which way is up as you play.  The genre is a relaxing puzzle game, according to the developers, that was recently previewed at the MAGFest Indie Video Game showcase.  The fairytale environments have all the trimmings with a princess trying to regain her title as Queen of Roterra while her evil brother throws challenging puzzles and evil knights to block her path.  We got to play some levels and watch others at MAGFest and were amazed by the polish and progressive challenge in this game. This game is great for the whole family with a 4+ age rating on the App Store. If you liked Monument Valley and the Go series games (Lara Croft Go) then you will feel right at home with this new game from Dig-iT! Games.  Roterra is currently available on the AppStore and has a rating of 4.5 out of 5 stars.  It is premium game where you pay once and there are not ads. 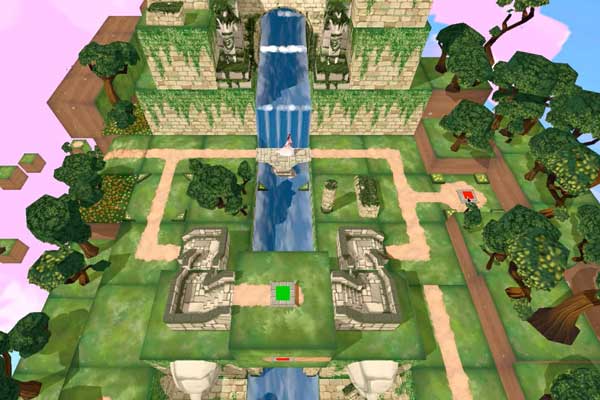 A puzzle game by Game Revenant on the App store and Google Play has you playing in the shadows to solve the puzzle to progress forward.  The graphics and unique use of shadows in the game caught our interest and game play provided a good balance of progression for the puzzle.  Our ony surprise in this game was the mild violence in the cut scenes.  You can be the judge on family use but the rating is 12+ on the App Store.  Where Shadows Slumber is available for sale on the App Store and Google Play with 4.4 out of 5 stars.  This is also a premium game. 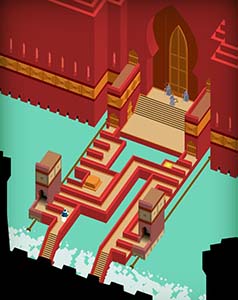 When Apple made this game of the year in 2018 it is is a pretty sure bet that everyone will be able to find some fun in this puzzle game.  Yes another puzzle game, but who doesn't like puzzles.  These are the perfect types of games for short escapes that are perfect for passing time - just think flight delayed.  In this game you play as an every growing hole in the ground where you consume characters and loot(trash) along the way.  Not sure about playing as a hole.  Well the reality is your are a Racoon that is controllig the hole.  This is a great game for anyone in the family.  Donut County is a premium title available on the App Store. 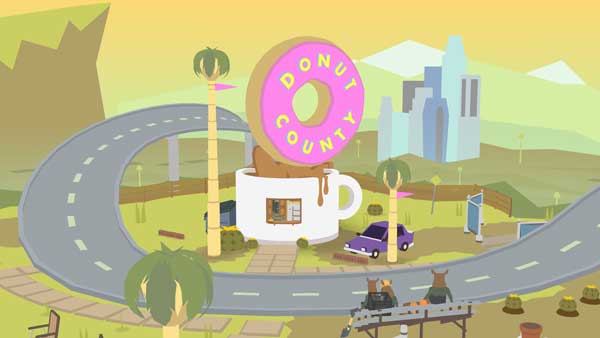 Visit Greenland - Sailing Around The Beauty of Greenland in 4K Video

Today Greenland is a spotlight travel destination for those that love outdoor adventure, fishing, cruising and incredible photography opportunities. See it from from a small sailing boat experience discovering the icefjiords and so much more in 4K video.

Make your winter holiday visit to Washington D.C. special at the U.S. Botanic Garden exhibit.  The holiday season elevates this local attraction to a top thing to do in DC with it's amazing train and model exhibit.  This year it is all about train stations from around the country  vs the 2017 display features model trains traveling through an exhibit of roadside attratctions from around the country with each state represented.  Fair warning that this is a busy exhibit, typically with lines and parking in the area over the holidays is very limited.  This is a great family excursion exploring the 50 state road side attraction while trains whistle by and Thomas the tank engine chugs along its tracks.

Tradtional Season's  Greetings includes pine trees and pine wreaths but get ready for something unique. Your visit to the Botanic Gardens will deliver you an architecutral experience of how plant materials are used to build the models of many of the Washington D.C. landmarks. There are twelve plant-based model in the 2017 exhibit that incorporate materials such as corriander seeds, willow sticks, pine cone scales and over 70 more plant materials.  It would be a great eye spy game to try and find each and every plant material used on the models.  This is painstaking work with U.S. Capitol builidng taking over 600 hours to construct but what an amazing sight.  Models on exhibit this year are include the following:

The 2018 hoilday exhibit feature train stations from around the country which is so appropriate because there are trains.  You can read more about this years exhibit here.

There are more than 40 roadside exhibits at the U.S. Botanic Garden Conservatory this year expressing America's love for the automobile.  If you are a Route 66 enthusiast you will recognize many of the attractions.  But there is so much more like the first on the list below that honors one of the most destructive pest ever on U.S. soil. 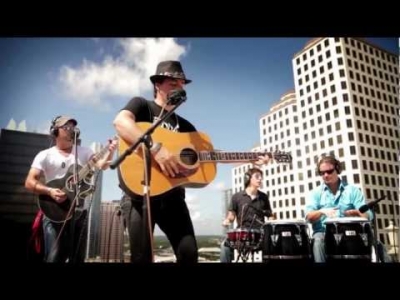 Austin Texas is a perfect long weekend getaway with over 200 live music venues, awesome food, tons of entertainment, and many unique landmarks. This capital city in Texas is a top destination for music lovers, foodies and those looking for a fun and funky city for a getaway. Many compare it to Portland, Oregon, so if you are looking for that vibe, a trip to Austin might be a good choice for you. Four days is barely enough to scratch the surface of this live music capital of the world.  We tried cramming in as much as we could on a walking tour of the city in just four days, using an occasional Uber ride here and there to save time and our feet.  This video best captures the essence of what Austin is all about - live music. 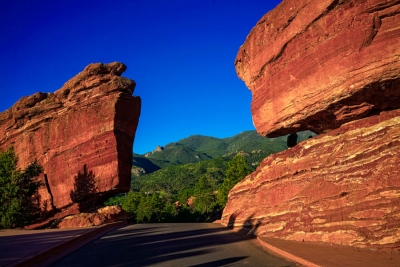 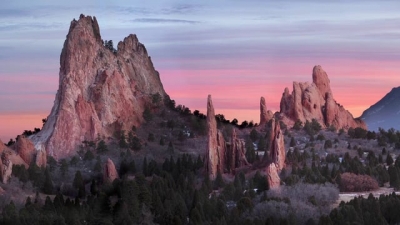 Garden of the Gods | American Photographic

Looking for an American West getaway, full of classic western scenery with red rocks, high deserts, Rocky Mountain peaks, with dozens of attractions and activities to enjoy nature, adventure, culture and much more?  Then Colorado Springs, Colorado, has it all; anything and everything you could possibly want to satisfy your wanderlust for a vacation in the western USA.

Colorado Springs, situated at the base of America's famous mountain, Pikes Peak with the magnificent red rock formations of Garden of the Gods in its shadow, offers so many ways to enjoy the impressive landscape and experience the history of this region.  If all you have is a few days and want to escape to a stunning western location in one concentrated area with a huge variety of activities that will satisfy all your interests, then this is the place to go, right in the middle of the USA.  Here's a look at the best things to see over three days in Colorado Springs, although a week or a lifetime would be better. 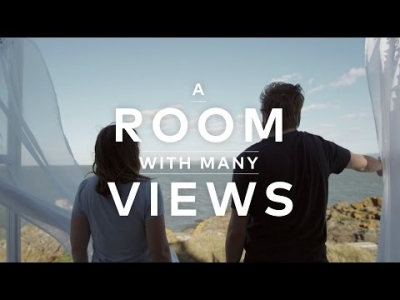 A journey through Québec that reveals a new surprise every morning

Here's a unique twist on a room with a view - a tiny room with many views, a room that brings a new and dramatic view every day.  This little room is transported from one amazing location to another in Québec, Canada, for a couple from Brooklyn, New York.  Explore in 3 minutes what this couple experienced in a week of touring Québec.  They had no idea where they would wake up each morning.  But you wouldn't believe how the room was moved or where their room was parked each day. 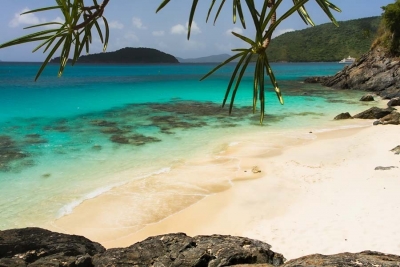 Escape To The Beach For Some Relaxation 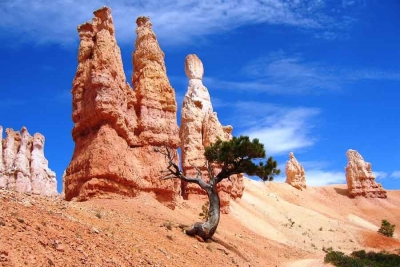 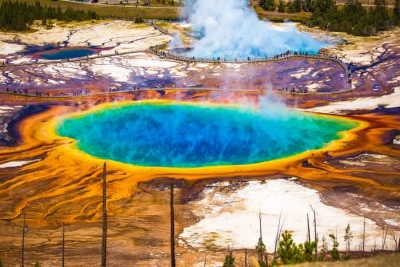 The Breathtaking Colors of Nature

Published in North America
Tagged under
Read more...
Page 1 of 10