The View from Above team describes their video of Sydney:

Sydney is the southern hemisphere’s answer to cities like New York and Hong Kong; those trendy and modernised locales that each radiate their own personal touches. Sydney is a world class city of the same calibre, and it too has its own unique culture. The wide expanse of Sydney Harbour, the excitement of the entertainment district of Darling, the sexy beach-culture of Bondi and Manly, the adventure within the Blue Mountain range; these are just some of the highlights awaiting the visitors to Sydney. View From Above captures this amazing metropolis in ways that have never been seen before using unmanned aerial vehicles and top-end GoPro cameras. As they say in post-apocalyptic Australia: “Witness this!”

Sydney started as the first European colony in Australasia. What made the location a natural choice for colonisation was the enormous natural harbour in the vicinity. The harbour, often called Sydney Harbour, is actually called Jackson Harbour, and is one of the largest natural harbours in the world. The English colony was primarily set up as a penal colony for convicts. Prisoners would enter the colony through the harbour where they were set to work in vast camps and farms. Since those early beginnings the city has grown into a huge cosmopolitan settlement, and a real representation of Australia as a whole. Many people from all over the world have travelled to Sydney, and now call it home, creating one of the world’s greatest multicultural hotspots.

The visitor to Sydney will obviously make the city centre their starting point. When it comes to shopping, nothing quite matches Pitt Street’s charm and choice of international brands. From city centre the visitor can visit a number of museums and art galleries, but a trip to the Sydney Opera House is a certainty. The iconic opera house was designed to look like shells on the typical Australian beach, and the beautifully designed building hosts many well-known artists, bands, and works of creative arts. https://www.sydneyoperahouse.com/

If you’re looking for entertainment and nightlife then take the next boat out of Sydney and across the water to Darling Harbour. Darling Harbour has become known as the entertainment complex for the entire city. The Harbourside Shopping Mall will please anyone looking for the trendiest shops, while Cockle Bay and King Street Wharf have all the best restaurants and nightclubs. Families will be entertained at the Aquarium and Wildlife World, and couples can relax romantically in the Chinese Gardens. https://www.darlingharbour.com/

If beaches are your thing then visitors to Sydney can arrange a lift to the north beaches. Beaches extend far north between Manly and Palm Beach, and the sands are often not overcrowded. These northern suburbs are home to Sydney’s wealthier residents, interrupted by small nature parks, allowing the beach visitor plenty of options either to surf, swim, jog or hike. Alternatively one can take a trip to Bondi Beach, south of Jackson Harbour. This urban beach rivals those in Brazil as being the authority on beach trends and culture. The most popular beach in Australia is a popular surfing destination and is also home to a few street markets and shops. https://www.australia.com/en/places/ns...

Sydney has all the excitement, all the fun, and all the culture that one would expect from a country like Australia. View from Above captures this wonderfully unique and word-class city that manages to blend work, relaxation and fun into one splendid lifetime adventure. 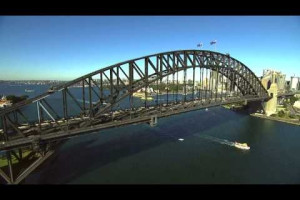 The View from the Top of the Harbor Bridge in Sydney

Here's a quick close up look from the air of the Sydney Harbor Bridge. What an…
Read More 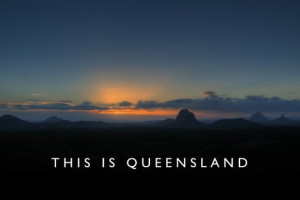 Many beautiful images of Queensland, Australia in this short video.
Read More 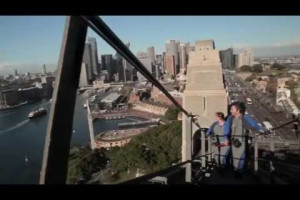 As they say, take the climb of your life on this hike to the top of the Sydney Harbor…
Read More 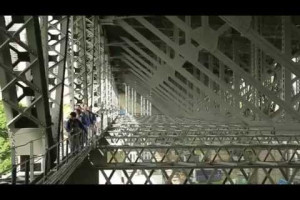 As the BridgeClimb team says: Get a taste of the world famous BridgeClimb! In just 1.5…
Read More 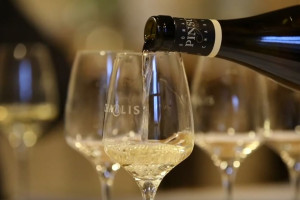 Food and Wine in Chablis France

Are you hungry? If not, then you probably will be once you watch this video that will…
Read More 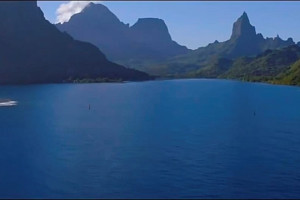 Enjoy this beautiful video of the Tahitian Islands. Tahiti Tourism's video brings us a…
Read More 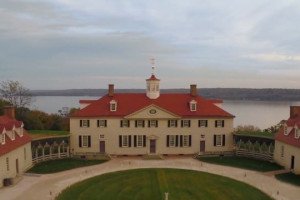 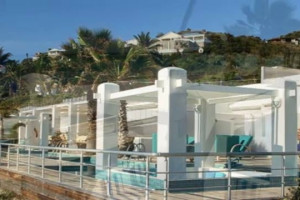