Travel to Arras and explore the history of the Great World War and the beautiful French countryside with a strong Flemish influence.  It is an area in France where beer trumps wine and rows upon rows of crosses are a constant reminder of the many lives lost during World War I. Are there 100 reasons to visit Arras?  Yes, it has been 100 years since battles were fought here in World War I.  We think that many years equals 100 good reasons to pay some respect and learn some history about the area.

The city of Arras is in the Nord-Pas-De-Calais that borders Belgium. This is a region that is often referred to as the gateway to England.  The city is on our 100-year anniversary tour of the War.  Beyond the war history, the city itself is probably most famous for the gothic town bell tower that is now a UNESCO Heritage landmark.  The tower was mainly destroyed during the first World War and restored to the present day structure by 1932. Tourists can take an elevator up to the belfry for excellent views of the city. 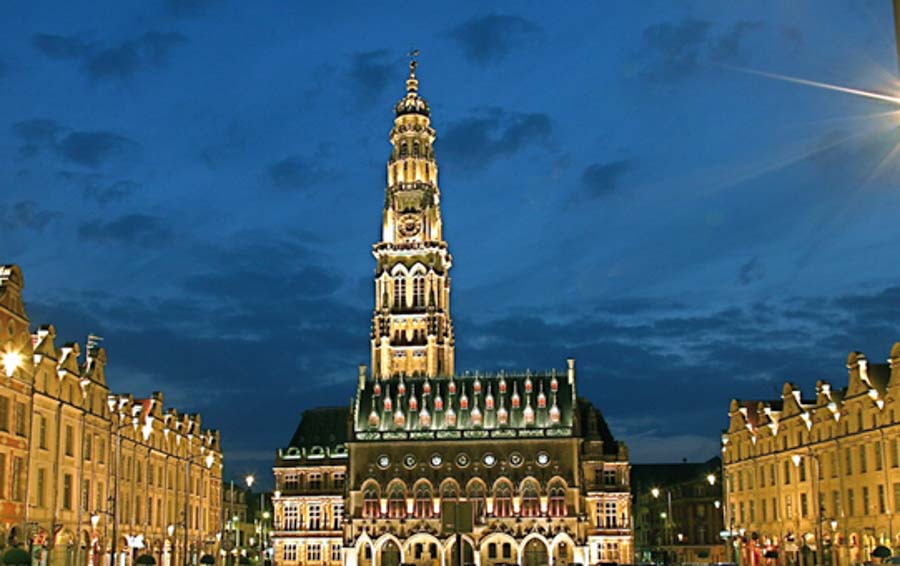 A significant part of the story for travelers making the journey here as part of a World War I excursion will not be found above ground.  The city has an extenisve undergound network of tunnels which was expanded during the War by a New Zealand tunneling company.  Thousands of British troops hid beneath the city to the surprise of the German army. The video created by The Gibson Group at the lead of this article dramatizes this unique aspect of the War.  The video is an excellent way to understand why a visit to Arras can be interesting above and below ground in a way unmatched by others. The tunnel system is known as the Wellington Quarry and a favourite of tourists to the area.  Be aware that visiting the tunnel systems is a micro-climate with a steady temperature of 11c so it is advised to have layered clothing during the visit.

A visit to nearby Vimy Ridge is a must-see for Canadian travelers interested in the first World War.  Only a short distance north of Arras, this is an impressive memorial standing at the foot of the Artois Hills. The base of the monument has the words: 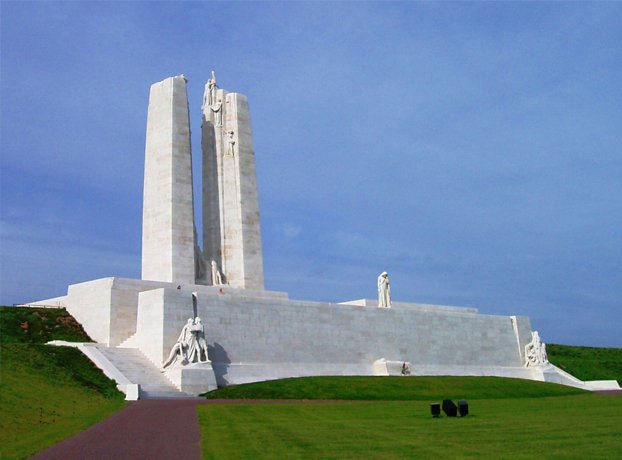 "TO THE VALOUR OF THEIR COUNTRYMEN IN THE GREAT WAR AND IN MEMORY OF THEIR SIXTY THOUSAND DEAD, THIS MONUMENT IS RAISED BY THE PEOPLE OF CANADA."

There are over 250 acres of land dedicated by the French government to this memorial.  Canadian trees and other horticulture can be found throughout the area. We are pleased to have the opportunity to capture the return of a regiment to this memorial during their 100-year anniversary tour of World War I.  For more information on the Artois battlefield you can download the brochure at the end of this article. More information on the Vimy Memorial can be found here.

During our stay in Arras the tour chose the Mercure Arras Centre Gare hotel.

More in this category: « Paris in Winter 12 Reasons to Visit Chenonceaux in Autumn »
back to top