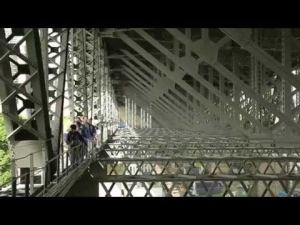 As the BridgeClimb team says: Get a taste of the world famous BridgeClimb! In just 1.5 hours, ascend the inner arch of the iconic Sydney Harbour Bridge to a spectacular vantage point halfway to the top.  This looks like an experience everyone should put on their someday trip list when visiting beautiful Sydney, Australia.

Walk Across the Sydney Harbor Bridge

This is the most popular of the BridgeClimb team's videos, and you'll see why.

BridgeClimb teams says: Take the climb of your life to the top of the Sydney Harbour Bridge with BridgeClimb Sydney. It's unforgettable. Find out more: www.bridgeclimb.com

The View from the Top of the Harbor Bridge in Sydney 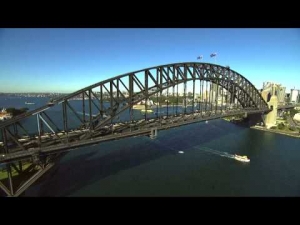 Here's a quick close up look from the air of the Sydney Harbor Bridge.  What an extraordinary experience this would and an amazing vantage point for viewing Sydney, Australia.

You haven't seen Sydney until you've seen it from the Bridge. Find out more about BridgeClimb: www.bridgeclimb.com 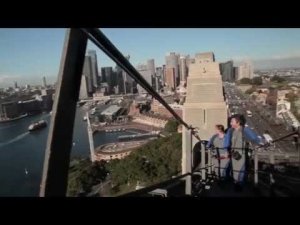 As they say, take the climb of your life on this hike to the top of the Sydney Harbor Bridge.  Feel the rush and enjoy the view as you climb this huge structure.

The BridgeClimb team's comment: Absorb a 360 degree panorama of Sydney as you journey to the summit on our original climb experience. Like an exposed spine, the outer rim delivers you to the peak, as the sky remains just beyond your outstretched fingertips. BridgeClimb is available at dawn (limited departures), day, twilight or night. Find out more: www.bridgeclimb.com 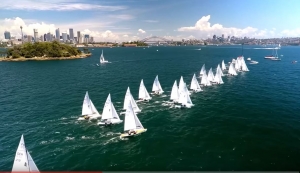 The View from Above team describes their video of Sydney:

Sydney is the southern hemisphere’s answer to cities like New York and Hong Kong; those trendy and modernised locales that each radiate their own personal touches. Sydney is a world class city of the same calibre, and it too has its own unique culture. The wide expanse of Sydney Harbour, the excitement of the entertainment district of Darling, the sexy beach-culture of Bondi and Manly, the adventure within the Blue Mountain range; these are just some of the highlights awaiting the visitors to Sydney. View From Above captures this amazing metropolis in ways that have never been seen before using unmanned aerial vehicles and top-end GoPro cameras. As they say in post-apocalyptic Australia: “Witness this!” 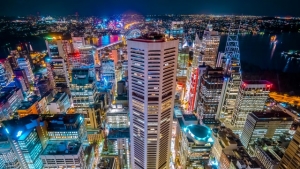 Take a tour of Sydney, Australia with this fun film.  It's a little longer than most but well worth watching.  You'll get a close-up, fast-paced and colorful glimpse of the city of Sydney.